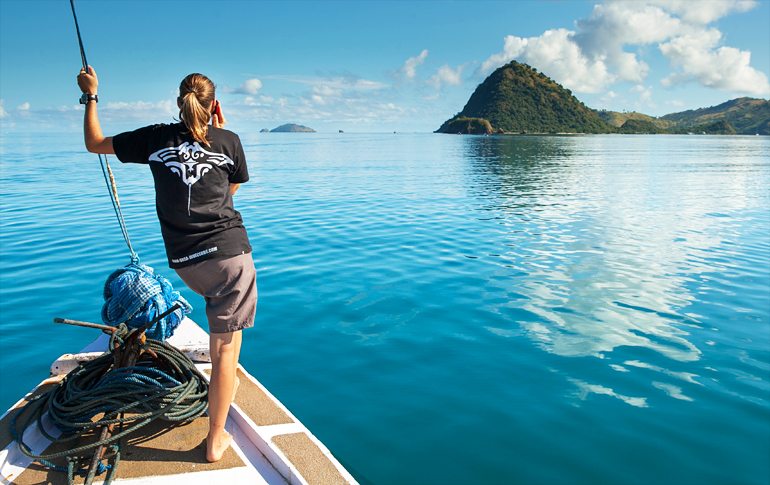 Indonesia is the largest archipelago in the world. If you wanted to get to know every island and visit every single one for just one day, you would still not be done after 48 years! It is natural, that such a huge network of islands is also a paradise for divers.

Diving in the Coral Triangle

The legendary Coral Triangle stretches from the Pacific Solomon Islands in the East to Bali in the West and from the Lesser Sunda Islands to the Philippines. It has been said that you can find no greater biodiversity anywhere in the world. There are marine biologists who claim that divers can find new species around any islands on any given day. The Coral Triangle is comparable to the Amazon rainforest with regards to biodiversity. 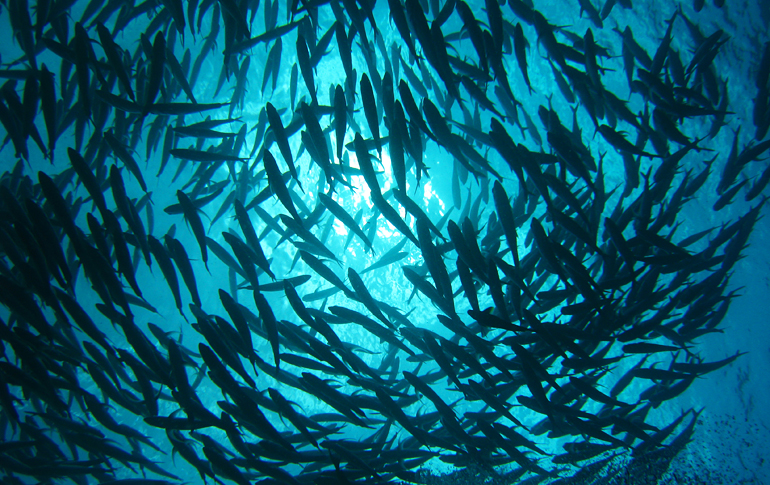 It is hard to name an outstanding destination in Indonesia’s waters as they are almost all fantastic. Some swear by Raja Ampat and its phenomenal macro world, others prefer Bunaken with its dramatic steep faces and the big fish. The coast of Borneo is known for its giant turtles. Bali tempts you with ocean sunfish and sharks and near Flores with manta rays and enormous fish swarms.

Entering Indonesia is possible with just your passport, which has to be valid for at least another 6 months. There is no need for a visa, but the stay is limited to 30 days. If you want to stay longer, you then have to apply for a visa upon your arrival. The Indonesian currency is Rupiah, the smaller unit is Sen, but as a European, you will hardly ever get in touch with it: One Euro equals a five digit amount of Rupiahs (link currency calculator or widget). Rupiah is shortened with IDR.

Indonesia is one of the fastest growing and largest markets for mobile telephones. There are now more smartphones in Indonesia than inhabitants. The number of mobile phone providers is correspondingly high. Prices are comparatively cheap, SIM-Cards can be obtained easily. We strongly advise against using your own phone to make phone calls from Indonesia to Germany. You should also avoid to leave your phone with the German SIM-Card switched on. Roaming fees can make this a rather expensive experience. Our best tip: Switch your phone off before take-off, obtain a new card in Indonesia and change it and only then switch it back on again. These are the biggest mobile phone providers in Indonesia.

The medical infrastructure in Indonesia cannot be compared with German standards. On the other hand, there are special risks which only occur in the tropics or warmer latitudes such as dengue fever or malaria. Visiting your GP prior to travelling to Indonesia is definitely a good move. Your appointment should, however, be at least 6 weeks before travelling, so you can get the relevant vaccinations if necessary.

Indonesia comes pretty close to the ideal of the endless summer. The greater part of the country is located roughly on the equator. There are no seasons as such, but there is a rainy season which differs from region to region. Even locally, the rainy season can differ a lot, e.g. on the eastern part of Gunung Agung on Bali there is very little rainfall, but on the western side there is a lot.

Daytime temperatures are around 30 Celsius and at night they are hardly ever less than 24 Celsius. Those who rely only on t-shirts and shorts, however, may miss out potentially. If you want to visit the Besakih temple in Bali or the colourful crater lakes of Kilimuthu on Flores, then you should dress warmly, since it gets cold in Indonesia’s mountains.

Bali is known as the island of the 1,000 temples. This is a massive understatement. There are more than 20,000 temples on Bali.
A black and white, yellow or white sarong, which is wound around a tree or statue means that a god is sitting in this tree or statue or that it is consecrated to a deity.
The Komodo dragons on the island of Komodo and Rinca are the largest lizards in the world.
They are generally peaceful. A tip for tourists: Never leave the group and never approach a large Komodo dragon by yourself. It is stronger than a human and above all faster. 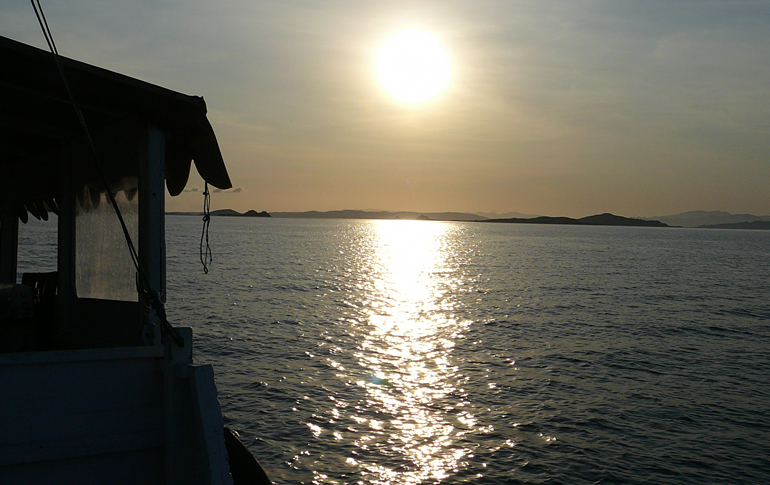 This website uses cookies to improve your experience while you navigate through the website. Out of these, the cookies that are categorized as necessary are stored on your browser as they are essential for the working of basic functionalities of the website. We also use third-party cookies that help us analyze and understand how you use this website. These cookies will be stored in your browser only with your consent. You also have the option to opt-out of these cookies. But opting out of some of these cookies may affect your browsing experience.
Necessary-EN Always Enabled
Necessary cookies are absolutely essential for the website to function properly. These cookies ensure basic functionalities and security features of the website, anonymously.
Functional-EN
Functional cookies help to perform certain functionalities like sharing the content of the website on social media platforms, collect feedbacks, and other third-party features.
Performance-EN
Performance cookies are used to understand and analyze the key performance indexes of the website which helps in delivering a better user experience for the visitors.
Analytics-EN
Analytical cookies are used to understand how visitors interact with the website. These cookies help provide information on metrics the number of visitors, bounce rate, traffic source, etc.
Other-EN
Other uncategorized cookies are those that are being analyzed and have not been classified into a category as yet.
Advertisement-EN
Advertisement cookies are used to provide visitors with relevant ads and marketing campaigns. These cookies track visitors across websites and collect information to provide customized ads.
SAVE & ACCEPT